In the current century, designed to equalize the gender, that is, the socio-cultural roles of men and women, one of the most compelling arguments in defense of traditional relationships is the words that a woman can give birth to a child, but a man cannot. This argument is indisputable, but not the only one, if we talk about morphological differences, which, in turn, lead to psychological and social changes.

In evolution, as it were, two plans are maintained: it is necessary to preserve what has been obtained in the course of evolution, to strengthen it, to support the possibility of the existence of the species at a given time; and the other is to look for new forms of adaptation. And these two moments were combined in species development in the course of evolution and were located in two main directions – male and female. Men are the search, women are the preservation of the species.

Men and women differ, in particular, in the way the brain works. There are morphological differences and psychological differences associated with these morphological differences. Nuclear magnetic resonance allows you to estimate the size of individual parts of the brain. And from the point of view of the size of individual parts of the brain, it turned out that in women such brain structures as frontal structures, the limbic system, are larger than in men.
The limbic system is the system associated with emotions. The frontal lobes, in turn, are responsible for the regulation of all human mental activity, they act as such a tool that allows you to form behavior programs and control their course. In men, the parietal region turned out to be larger – this is the area of ​​\u200b\u200bthe brain that is responsible for the space around us.

Another aspect: women, girls, girls mature earlier than men. If the early stages of development in boys and girls are marked by the same calendar dates – a year, two years, and so on, then the second childhood for boys goes from 8 to 12 years old, and for girls already from 8 to 11 years old. Adolescence for boys is from 13 to 16 years, and for girls – from 12 to 15 years. Adolescence in boys is from 17 to 21 years, and in girls – from 16 to 20. That is, we see a lag in maturation, anthropological and morphological, in boys in relation to girls.

There are differences in such an integral indicator as brain weight. From birth to full maturity, the brain weight of girls is less than the brain weight of boys. In general, somewhere around 10 grams difference about birth and somewhere around 100 grams – already at final maturation – in women at 16-18 years old, and in men at 19-20 years old. Whenever you mention such numbers to students, for example, there is immediate excitement in the audience, but there are always pluses and minuses here. That is, the skull of a woman is smaller in volume than the skull of a man, and therefore the mass of the brain is located, so to speak, in a smaller volume. Because in all species of mammals, females differ from males in smaller sizes. 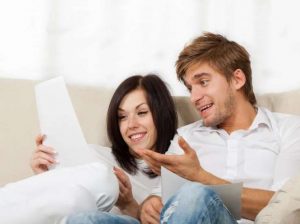 But here is another difference – the smaller mass of the brain means that the neurons that are located in the brain are closer to each other, and since they are closer, the signal from one neuron to another goes faster. And the processes of thinking, for example, and other processes can be carried out faster in women than in men. Obviously, those areas of the brain that have a large area allow more neurons to be located in these areas of the brain. And, accordingly, then a greater number of connections that are formed in these areas of the brain, and any connection that is formed, it is responsible for the individual experience acquired in the course of human development. This is one side of the matter.

The second side of the matter is the hemispheric differences that exist between men and women. If you look from the point of view of what functions are located in one and the other hemisphere, then it is traditionally believed that the left hemisphere is dominant in speech, the right hemisphere is dominant in perceptual functions, that is, in different types of perception. In women, the dominance of the hemispheres in speech is more smoothed, for example: that is, it is not as rigid as in men, speech functions are assigned to the left hemisphere. But it is known that a woman loves with her ears, a man with her eyes. If men are more developed these spatial characteristics of the surrounding world, which are based largely on sensory impressions, then they are more guided by these sensory impressions. So men watch and women listen.