In one second, many processes take place in our body, which many do not even know about. We tell interesting facts about the human body that will surely surprise you.

In women, the heart beats 78-82 times per minute, and in men 70-72 times. The heartbeat is accelerated by female sex hormones that affect the cells of myocarditis.

People are made of stars 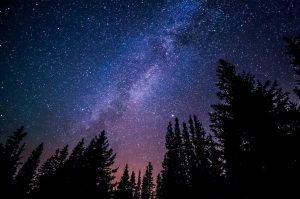 Every atom in your body came from an exploding star. And perhaps the atoms in your body belong to millions of stars.

Sweat has no bad smell

Sweat does not smell of anything, as it consists mainly of water. However, when sweat is released, acids get into it, which give it a smell.

Cyanide has been used for centuries as a poison, pesticide, and even as a chemical weapon. The human body contains this substance and we even release it in small doses when we breathe.

Eyes see the world upside down

Physicist Rene Descartes proved in the 17th century that human eyes see the world upside down. Our brain flips the picture back so we see the real picture of things.

The International Society for Blood Transfusion has 29 blood types. Many of them are named after patients in whom the corresponding antibodies were first detected. Perhaps in the future, there will be even more new blood types.

In a day, people produce a bottle of saliva

Human salivary glands produce 0.5–1.5 liters of fluid per day. During sleep, saliva is produced much less. That is why we do not choke.

Earlier we called historical facts that will turn your view of the world upside down.

It’s impossible to tickle yourself

When someone else tickles you, you may twitch, laugh, or lash out. But try to tickle yourself, and you will fail. Scientists believe that tickling appeared in the process of evolution as a means of protection against insects, spiders and other unpleasant creatures that crawl on people and can harm them. We don’t get tickled when we tickle ourselves because we don’t feel threatened.

When you sit in water for a long time, your fingers become wrinkled so that you can better grip wet objects. If you are drowning, then you will be more likely to cling to some object.