The largest passenger aircraft in the world are designed for large-scale transportation of passengers and baggage. They are much larger and more capable than other aircraft. Today, engineers are still doing their best to lighten the weight of aircraft and increase cargo capacity.

This article will feature the largest aircraft on the planet.

This device is a wide-body 2-deck 4-engine turbojet passenger aircraft – the largest serial airliner in the world. An interesting fact is that it is capable of making a non-stop flight over a distance of up to 15,400 km.

In 2021, the production of this aircraft model was discontinued.

Boeing 747 is the world’s first long-range 2-deck wide-body passenger airliner. It is curious that at the time of release, this unit was the largest, heaviest and most spacious passenger aircraft. This record was held for 36 years (1969-2005) – until the construction of the A380.

An interesting fact is that during the military special operation “Solomon” in 1991, “Boeing-747” on board transported 1122 passengers to Israel in one flight.

The A340-600 was developed specifically for intercontinental flights, capable of non-stop flight over a distance of up to 14,600 km. 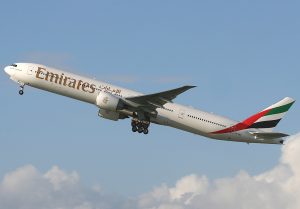 The letters “ER” at the end of the model name mean – “Extended Range” – increased range. Without refueling, the aircraft can cover a distance of up to 14,690 km.

Now you know about the largest aircraft in the world. If you liked this article, share it on social networks.